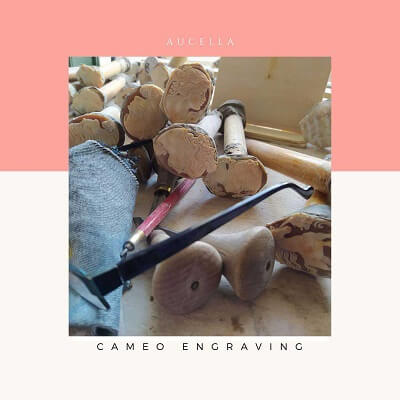 When we talk about cameo engraving, we immediately associate the idea of ​​the cameo, the jewel obtained by the engraving of a shell or a layered stone. In reality, the cameo engraving includes all the processes that consist of engraving a woman's face or other subjects on all integrated materials, including coral or agate.
The cameo engraving is also called glyptic and consist of engraving the best known woman's face, the mythological scene, the divinity and religious subjects or any other representation on ductile and at the same time rigorously materials, easy to be engraved. Engraving is a very ancient art: its first examples date back to the Mycenaean civilization in Greece, then becoming more refined in Cyprus and Crete.

The cameo of Torre Del Greco

The cameo engraving and the city of Torre Del Greco are linked by a strong union, but in reality the spread of the cameo in Italy is connected to the 19th century Roman engravers, Tommaso and Luigi Saulini. They are attributable to the spread of the cameo engraving in Naples, which then moved to Torre Del Greco.
Tommaso and Luigi Saulini acquired great notoriety in the nineteenth century thanks to their numerous participations in the Universal Expositions and the acquired reputation of appreciated contemporary artists for the portraits of Queen Victoria and the prince consort and the Tsar of Russia and his family.
It was from the Saulini that the cameo then landed in some Neapolitan craft shops, and then moved to Torre Del Greco, already known for the working of coral, where there was an abundance of a raw material par excellence, the shells.
In Torre Del Greco, the cameo engraving takes place essentially on the sardonic shells, which have a dark brown background and therefore allow to obtain a sharp engraving, or on the "Carnelian" shells, coming from Africa and with a red background. The use of shells is to be found in the abundance of material on board the corallary ships that shuttled between Torre Del Greco and the Mediterranean coasts. The shells were in fact used as ballast, to weight the ships when they were unloaded. 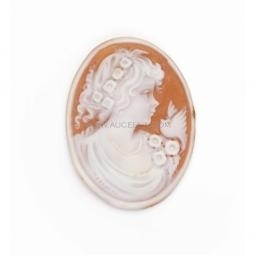 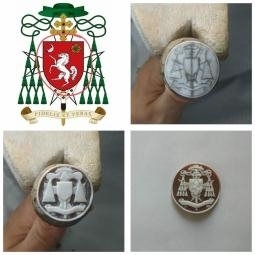 Coat of arms made on natural seashell cameo 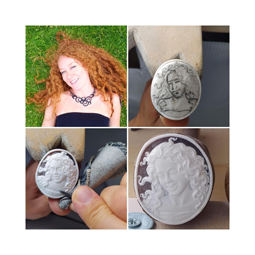 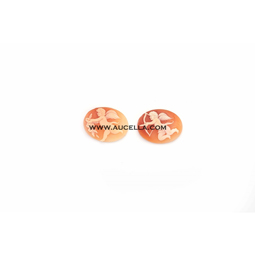